Specializing in Mission and Group Travel since 1999

All I Want for Christmas is No Terrorism

There’s increased airport security after a failed terrorist incident on a Christmas Day flight. A Nigerian man apparently was able to get through airport security with explosives attached to his body. Umar Farouk Abdulmutallab attempted to explode the device as the Northwest flight from Amsterdam was about to land in Detroit. Many are puzzled how a man was able to board with explosives attached to his body. There'a also much concern that warnings from the man's father were apparently ignored.

Links
Complete story here.
More on the incident from the TSA
TSA Tips on Holiday traveling
TSA guidelines for traveling

Merry Christmas from All the World Travel 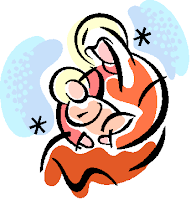 It's
ALL
about
Jesus
No comments:

1-888-633-3446
Send your non-travel questions and comments to the webmaster@alltheworldtravel.com